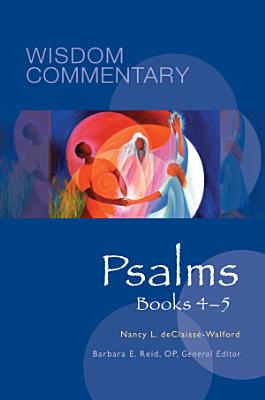 In this close reading of Psalms 90-150, Nancy L. deClaissé-Walford discovers meanings in the Psalms that were "there all along" but hidden beneath layers of interpretation built up over the centuries. Approaching the canonical storyline of the Psalter with feminist-critical lenses, she reads against the dominant mind-set, refuses to accept the givens, and seeks to uncover a hidden/alternate/parallel set of societal norms. DeClaissé-Walford attends to how context affects the way hearers appropriate the Psalter's words: women, for the most part, hear differently than men; women of privilege differently than women living in poverty. Her interchanges with students and scholars in post-apartheid South Africa bring the biblical text alive in new ways for today's believers.

In this close reading of Psalms 90-150, Nancy L. deClaissé-Walford discovers meanings in the Psalms that were "there all along" but hidden beneath layers of in

In this close reading of Psalms 90–150, Nancy L. deClaissé-Walford discovers meanings in the Psalms that were “there all along” but hidden beneath layers

A Spiritual Commentary on the Book of Psalms, Specially Setting Forth Their Messianic Interpretation

Many readers are convinced that the Psalms are hopelessly “masculine,” especially given that seventy-three of the 150 psalms begin with headings linking the

A biblical theology of worship spanning both the Old and New Testaments While many books on worship focus on contemporary trends, Biblical Worship plumbs every

The Book of Psalms

This landmark volume covers the main aspects of modern Psalms study from the formation of individual Psalms down into the first centuries of the Common Era: the

Encountering the Book of Psalms

A user-friendly guide to the study and interpretation of the Psalms.

Eerdmans Commentary on the Bible

No one familiar with the Bible needs to be told that it is a truly remarkable work. But it takes help to understand this ancient collection of diverse forms of