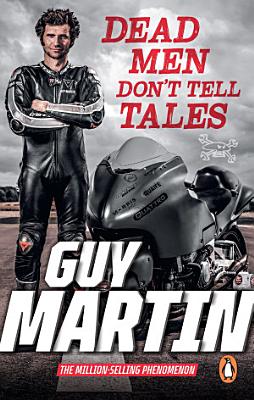 Guy Martin can't sit still. He has to keep pushing - both himself and whatever machine he is piloting - to the extreme. He's a doer, not a talker. That applies whether Guy's competing in a self-supported 750-mile mountain bike race across Arizona, or trying to reach 300mph in a standing mile on the 800-horsepower motorbike he built in his shed. And during his TV adventures, travelling through Japan, winning records for the world's fastest tractor, re-creating the famous Steve McQueen Great Escape jump, discovering the toil and sacrifice of the D-Day landings and trying to cut the mustard as a Battle of Britain pilot. Guy's become a dad now and he's hoping that one day his daughter will grow up to be a better welder than he is. Oh, and he's still getting up at 5am to work on trucks in for service or to be out on his tractor, working the Lincolnshire land he's always called home. This is Guy Martin's latest book, in his own words, on the last four years of his life that make the rest of us look like we're in slow motion. We're here for a good time, not a long time. To Guy, if it's worth doing, it's worth dying for.