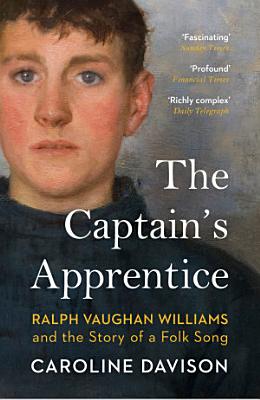 A beautifully written exploration of the world of Edwardian folk music, and its influence on the composer Ralph Vaughan Williams In January 1905 the young Vaughan Williams, not yet one of England's most famous composers, visited King's Lynn, Norfolk, to find folk songs 'from the mouths of the singers'. He had started collecting in earnest little more than a year before but was now obsessed with saving these indigenous tunes before they were lost forever. An old fisherman, James 'Duggie' Carter, performed 'The Captain's Apprentice', a brutal tale of torture sung to the most beautiful tune the young composer had ever heard. The Captain's Apprentice is the story of how this mysterious song 'opened the door to an entirely new world of melody, harmony and feeling' for Vaughan Williams. With this transformational moment at its heart, the book traces the contrasting lives of the well-to-do composer and a forgotten King's Lynn cabin boy who died at sea, and brings fresh perspectives on Edwardian folk-song collectors, the singers and their songs. While exploring her own connections to folk song, via a Hebridean ancestor, a Scottish ballad learnt as a child and memories of family sing-songs, the author makes the unexpected discovery that Vaughan Williams has been a hidden influence on her musical life from the beginning - an experience she shares with generations of twentieth-century British schoolchildren. Published for Vaughan Williams's 150th birthday in August, this evocative, sensitive look at the great composer will also be read on BBC Radio 4. 'No stone is left unturned in the meticulous gathering. Her gift is a work of love and infinite care' - KEGGIE CAREW 'I thoroughly enjoyed this book, and its weaving of biography, social history and folk song.' - STEVE ROUD

A beautifully written exploration of the world of Edwardian folk music, and its influence on the composer Ralph Vaughan Williams In January 1905 the young Vaugh

Ralph Vaughan Williams: A Research and Information Guide presents the most extensive annotated bibliography of its subject yet produced. It offers comprehensive

This book traces the early history of the first English folksong revival during the late Victorian era, focusing on the work of three prominent song collectors,

The book comprises a selection of some 750 letters of the composer, Ralph Vaughan Williams, selected from an extant corpus of about 3,300. The letters are arran

The Wind Band Masterworks of Holst, Vaughan Williams and Grainger

(Meredith Music Resource). With this superb text, Dr. Rapp gives the wind band community both a historical and musical insight into three of its most revered co

A collection of essays on Vaughan Williams explores his musical language, cultural context and biography.

"This single-volume life-and-works biography of Ralph Vaughan Williams provides a contemporary reassessment of one of the twentieth century's most versatile, in

Folklore and Nation in Britain and Ireland

This collection explores folklore and folkloristics within the diverse and contested national discourses of Britain and Ireland, examining their role in shaping