Vaastu: The Art And Science Of Living 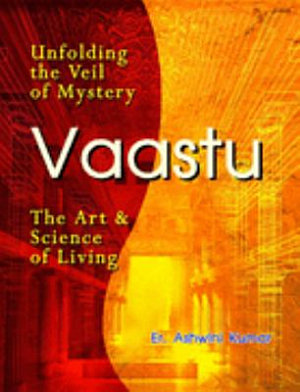 Vaastu Shaastra is the art and science of living a happy and contented long life. In the modern-day world of high-speed technology, many diseases are arising out of faulty lifestyles. Classical principles of Vaastu Shaastra describe the ancient way of living which need modifications in the present-day context. This book is an intelligent amalgamation of the ancient practice of Vaastu living and modern technologies of house building and architecture. It offers an introduction to Vaastu Shaastra, systematising and standardising its techniques and methodologies. The book has been divided into three sections. The first section has been devoted to the understanding of the key concepts, principles and forces of Vaastu that exert an influence on any given space. The second section of the book reveals how to create heaven on earth; right in your home. It shows how we can achieve internal peace by first achieving external peace in the house. The third section is related to the day-to-day use of Vaastu. One chapter has been devoted to Vaastu of workplace which, in many aspects, is different from residential Vaastu. This book has been written according to the established principles of Vedic Astrology; an inevitable part of Vaastu Shaastra. The effect of the nine planets is considered in Astrology while mainly the effect of planet earth is taken in Vaastu. Astrology depends on dashas (Planetary Periods) while Vaastu depends on dishas (Directions), Jyotish assumes the existence of Kaal Purush (Time Personified) while Vaastu assumes the existence of Vaastu Purush (Space Personified). The book incorporates current knowledge of building science to explain the ancient wisdom of Vaastu Shaastra only to bridge the gap between ancient traditions and modern way of thinking. No attempt has been made to transgress into the other parallel systems known as Feng Shui and Pyramidology, which require totally separate study. The work is meant primarily for those who want to learn Vaastu from the very beginning and pursue it seriously in a scientific manner. The book will also serve as a stepping-stone for those who intend to indulge in hitherto unexplored areas of Vaastu Shaastra like suitability of certain directions for certain activities, hidden meanings of Vaastu Purush; forty-five demi gods; ten dikpalas; three energies and Panchmahabhootas, predicting the fate of a house and its inhabitants through Vaastu kala, etc.

Vaastu: The Art And Science Of Living

Vaastu Shaastra is the art and science of living a happy and contented long life. In the modern-day world of high-speed technology, many diseases are arising ou

This book attempts to bridge the gap between traditional Vaastushastra and modern architecture. The cosmic effects of a wrong vaastu and the remedial approaches

This book contains most of the papers presented in the Eco-Architecture 2010 conference, which was the third edition of the International Conference on Harmonis

The Cow in the Elevator

In The Cow in the Elevator Tulasi Srinivas explores a wonderful world where deities jump fences and priests ride in helicopters to present a joyful, imaginative

Vastu Shastra is not merely an art but a definite science in itself. This book has made an excellent effort to establish this fact. The book attempts to highlig

Feng shui, the ancient Chinese art and science of finding harmony with nature, has become widely adopted in the West. Like Buddhism, which migrated from India e

Vaastu -Shastra is a Vast and ancient science of living. The word Vaastu is derived from the root Vas which means to reside. It is not an equivalent of the word