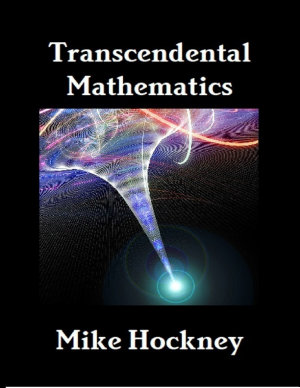 Science is about the mundane, visible world. Religion is about the transcendent, invisible world. Atheists believe that science is the only way to explain the world. Agnostics think it’s the best way. But is science actually a system of explanation at all, or merely a good problem-solving tool and method that achieves practical success in the observable world? Isn’t science, like God, in need of an explanation? What is its ontological and epistemological basis? What limitations does it have? How does it define “Truth”? Immanuel Kant, via his philosophy of transcendental idealism, attempted to explain science within a philosophical and even religious context. This attempt ultimately failed, but the project itself need not be abandoned. This book shows, via a detailed investigation of Kant’s philosophy, that the only way to make sense of science is via transcendental mathematics.