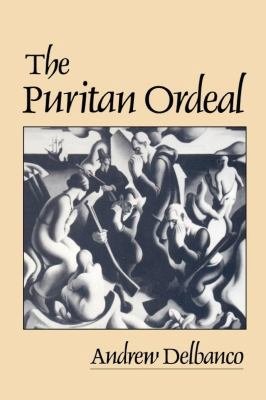 More than an ecclesiastical or political history, this book is a vivid description of the earliest American immigrant experience. It depicts the dramatic tale of the seventeenth-century newcomers to our shores as they were drawn and pushed to make their way in an unsettled and unsettling world. Reviews of this book: "A powerfully imaginative and personal book--perhaps as all great American books on the Puritans must be." DD--Gordon S. Wood, New York Review of Books "The arguments in this book will resonate in the study of American culture for years to come...There is much to recommend this book ... historians and literary critics alike will be challenged by [it]. The Puritan Ordeal shows great promise for the continuing study of the life of the mind in America." DD--Bruce Tucker, Journal of American History "Delbanco's singular achievement in The Puritan Ordeal remains his sensitive, attentive, and generous recovery of the first emigrants' voices...[This book] may well provide the richest transcription we have of the hesitant, bewildered yet ultimately hopeful new-world inflections that register everywhere in early American culture." DD--Donald Weber, American Literary History "The author of this study, displaying an ideal combination of sensibility and judgement, discusses the Puritans who fled to New England and traces the effect of their immigrant experience on American literature. Like later immigrants, they found that emotional rifts opened between the first and second generations, and, like other English religious radicals, they were disturbed by women's demands for religious equality. The Puritan hope of creating a Christian--nonexploitative--economy in the New World was disappointed, and the dominant strand in Puritan thought became the need to constrain sinful human beings. However, Mr. Delbanco believes that it was the other strand in Puritan thought--the aspiration toward a community of saints--which became an important influence on American literature." DD--New Yorker "Against those historians whose primary interest has been the life of the mind or the development of the ecclesia, Delbanco emphasizes the fact that the Puritans were first and foremost a group of immigrants. This book offers a perceptive look at the inner history of that particular group." DD--American Journal of Theology and Philosophy "Andrew Delbanco's book is concerned with one of the most famous achievements of the Puritan spirit, the colonisation of New England. Popular American mythology depicts this as a classic triumph of faith over adversity. Mr. Delbanco shows convincingly that it is more truly seen as an 'ordeal', marked by tensions already present in the old world and intensified in the new." DD--The Economist "A noteworthy historical analysis." DD--Kirkus Reviews "This is a learned, well-researched, quotable text, delving deeply into matters of scholastic debate; yet the most interesting parts illuminate the felt experience of the earliest New Englanders: their passion for sermons, their Pauline belief in sudden transformations through grace." DD--Virginia Quarterly Review

More than an ecclesiastical or political history, this book is a vivid description of the earliest American immigrant experience. It depicts the dramatic tale o

From the Puritans to the Projects

From the almshouses of seventeenth-century Puritans to the massive housing projects of the mid-twentieth century, the struggle over housing assistance in the Un

The Puritan Origins of American Patriotism

In this absorbing book, George McKenna ranges across the entire panorama of American history to track the development of American patriotism. That patriotism—

The comprehensive history of a system of faith that shaped the nation.

Although the focus centers on Puritan beliefs about the place of children and the parenting practices provided for these disenfranchised children, the basic con

A History of American Puritan Literature

An Investigation of the Seventeenth- to Nineteenth-Century Puritan Vernacular Tradition

An Investigation of the 16th-18th Century Puritan Vernacular Tradition argues that Puritan writers, specifically from the 17th to the 19th century, developed a

The Enchantments of Mammon

Eugene McCarraher challenges the conventional view of capitalism as a force for disenchantment. From Puritan and evangelical valorizations of profit to the heav

Jonathan Edwards and the Church

Though Edwards spent most of his life working in local churches, and saw himself primarily as a pastor, his own views on the theology of the church have never b

Revising dominant accounts of Puritanism and challenging the literary history of sentimentalism, Sympathetic Puritans argues that a Calvinist theology of sympat