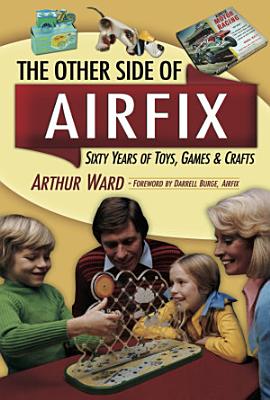 Airfix is synonymous with plastic model kits. The brand name has virtually become a noun, occupying a special place in that lexicon of trade names alongside Hoover, Sellotape, Perspex and Aqua-Lung.Throughout the war years Airfix survived on government contracts for a whole range of plastic items and by virtue of Kove's tenancious apetitie for business and doing a deal. By the war's end Airfix was the market leader in plastic injection moulded combs in Britain. By the time Airfix had released its first proper construction kit, a tiny model of Drake's flagship Golden Hind, in 1952, the firm was well established as a leading toy brand. Indeed throughout the 1950s, 60s and 70s Airfix invested heavily in developing new toys or manufacturing them under license for large US toy companies such as Hasbro. Very soon Airfix extended its activities beyond toys into games and arts and crafts and in short time famous names.Indeed so successful was Airfix at diversifying that by the 1970s the company had grown to such an extent that it had acquired other famous toy brands including Dinky Toys, Tri-ang, Meccano, and Romper Room. With its subsidiary Crayonne Airfix even harnessed the design talents of the then Terence Conranne in attempt to elevate plastic products to the rarified atmosphere of designer chic.So there's a lot more to Airfix than many might think and this book is the first attempt to document the myriad successful lines, outside of plastic kits, which contributed to the company's dramatic growth before a combination of factors forced it into brief liquidation in 1981. Written by someone with a lifetime's fascination for Airfix and who has written other books about the better known construction kit side of the business, The Other Airfix is a nostalgic trip down memory lane.

Airfix is synonymous with plastic model kits. The brand name has virtually become a noun, occupying a special place in that lexicon of trade names alongside Hoo

Collecting Action Figures presents an alphabetical survey of each of the major toy manufacturers and the whole array of action figures they produced. Covering e

By the spring of 1940, the phoney war suddenly became very real. In April Hitler's forces, invaded Norway and a month later began their assault on France and th

With the aid of stringy glue and scalpel-sliced fingers, young and old have turned display cabinets and bedrooms into mini-museums, or tiny battlefields. This b

The best-known and most important manufacturer of plastic model kits in the UK, Airfix has been at the forefront of the industry since 1955 when the first Airfi

Airfix acquired the first plastic injection moulding machine in the U.K. in the mid 1940's and was soon manufacturing vast numbers of plastic toys. By 1981, whe

The Junkers Ju 87 Stuka (a contraction of the German word Sturzkampfflugzeug, ie dive bomber) was arguably the Luftwaffes most recognizable airplane, with its i

Respected collector and author Tom Coles looks at the collectible world of model tanks, utilising a wealth of terrific illustrations.