The Constant and Changing Faces of the Goddess 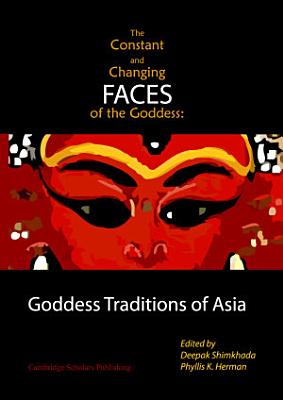 The Constant and Changing Faces of the Goddess: Goddess Traditions of Asia contains essays written by established scholars in the field that trace the multiplicity of Asian goddesses: their continuities, discontinuities, and importance as symbols of wisdom, power, transformation, compassion, destruction, and creation. The essays demonstrate that while treatments of the goddess may vary regionally, culturally, and historically, it is possible to note some consistencies in the overall picture of the goddess in Asia. The book provides a comprehensive treatment of the goddess, culminating in the selections that draw from research on Indian, Nepali, Chinese, Japanese, and Vietnamese traditions, seldom found in other works of similar subject. The volume will be useful for students in religious studies, gender studies, Asian studies, and women's studies. With the intent of making the volume truly broad in scope, an effort has been made to include works written by art historians, sociologists, anthropologists, and religious studies scholars. Culture cannot be separated from religion; they are intertwined as an organic whole, and variations manifest themselves in the rituals and daily lives of the people. In this sense, all the essays are interconnected: the goddess manifests in many forms and appeals to differing aspects of a particular culture as a paradigm of the divine feminine.

The Constant and Changing Faces of the Goddess

The Constant and Changing Faces of the Goddess: Goddess Traditions of Asia contains essays written by established scholars in the field that trace the multiplic

Reciting the Goddess is the first book-length study of Nepal's goddess Svasthani and the popular Svasthanivratakatha textual tradition. In the centuries followi

The Oxford History of Hinduism

This book explains how Hindus think about divinity in its feminine aspect, as the supreme creative energy of the cosmos. That energy is a single abstract idea b

"Amazzone's voice is strong and clear. Goddess Durga promises the transformation, empowerment, and dignity that is our birthright."-Marisa Tomei, Academy Award-

Women’s Authority and Leadership in a Hindu Goddess Tradition

This book investigates women’s ritual authority and the common boundaries between religion and notions of gender, ethnicity, and identity. Nanette R. Spina si

Roots, Routes and a New Awakening

Modern Hinduism in Text and Context

Modern Hinduism in Text and Context brings together textual and contextual approaches to provide a holistic understanding of modern Hinduism. It examines new so

She Is Everywhere! Volume 3

She Is Everywhere! Volume 3 presents a bold, brave, and beautiful compilation of womanist/feminist essays, poems, and artwork showcasing work from an internatio

The Temple Road Towards a Great India

This book presents an analysis of the foundations organised by the Birla family in India. Several generations were involved in the renovation and establishment