Spaceflight in the Shuttle Era and Beyond 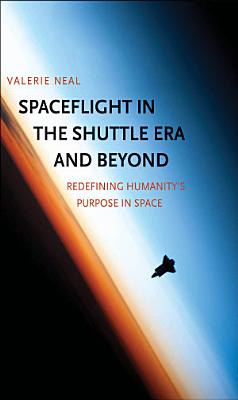 An exploration of the changing conceptions of the iconic Space Shuttle and a call for a new vision of spaceflight The thirty years of Space Shuttle flights saw contrary changes in American visions of space. Valerie Neal, who has spent much of her career examining the Space Shuttle program, uses this iconic vehicle to question over four decades' worth of thinking about, and struggling with, the meaning of human spaceflight. She examines the ideas, images, and icons that emerged as NASA, Congress, journalists, and others sought to communicate rationales for, or critiques of, the Space Shuttle missions. At times concurrently, the Space Shuttle was billed as delivery truck and orbiting science lab, near-Earth station and space explorer, costly disaster and pinnacle of engineering success. The book's multidisciplinary approach reveals these competing depictions to examine the meaning of the spaceflight enterprise. Given the end of the Space Shuttle flights in 2011, Neal makes an appeal to reframe spaceflight once again to propel humanity forward.

Spaceflight in the Shuttle Era and Beyond

Limiting Outer Space propels the historicization of outer space by focusing on the Post-Apollo period. After the moon landings, disillusionment set in. Outer sp

The first American woman to walk in space recounts her experience as part of the team that launched, rescued, repaired, and maintained the Hubble Space Telescop

As space medicine evolved from the late 1950s onward, the need arose for a ready reference for students and practitioners on the basic concepts of this new spec

Space Developments for the Future of Mankind