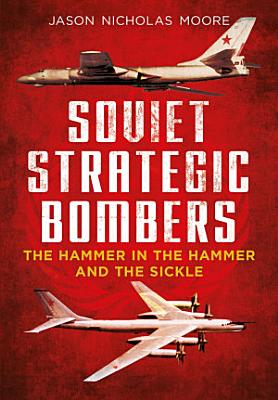 The history of Soviet strategic bombers after the Second World War is a fascinating one: from the reverse-engineering of interned American Boeing B-29 bombers into the first Soviet strategic bomber, the Tu-4; to the huge jet and turbo-prop powered aircraft of today's Russian Air Force. This comprehensive history of these aircraft will deal not just with the development of aircraft that entered service, but of experimental aircraft as well, and projects that were never even built will also be explored. The service life of these bombers will be covered, including both active and retired aircraft, and their use outside of the Soviet Union, in places such as the Middle East and Afghanistan, will be described in detail. The Soviet Union built some of the first jet-powered strategic bombers, and the Tu-95 Bear, the only swept-winged turbo-prop bomber to ever enter service, remains in service to this day. Less successful aircraft, like the graceful but problem-plagued supersonic Tu-22 Blinder, and the Mach 3 Sukhoi T-4 will also be examined.

The history of Soviet strategic bombers after the Second World War is a fascinating one: from the reverse-engineering of interned American Boeing B-29 bombers i

Born in the 1930s, the Soviet Air Force's long-range bomber arm (known initially as the ADD and later as the DA) proved itself during World War II and continued

Soviet bombers were a varied lot during the Second World War, ranging from single-engined biplanes such as the 1920's era Polikarpov U-2 to the excellent and mo

When the Myasishchev design bureau was reborn in 1951, it was immediately tasked with creating a high-speed strategic bomber to balance the threat posed by NATO

After World War II, the Soviet Union and the USA, who had been allies in the war, started moving towards political and military confrontation. The Soviet Union

A comprehensive databook of technical and institutional facts about the Soviet and Russian nuclear arsenal.

In this book Dr Christoph Bluth presents an original analysis of the build up of Soviet strategic forces from the death of Stalin to the SALT I agreement. The a

This book is the story of Russian aviation and Soviet Russia's progress in preparing its strength as an air power. It discusses the Russia-Germany connect post