Salman Rushdie in the Cultural Marketplace 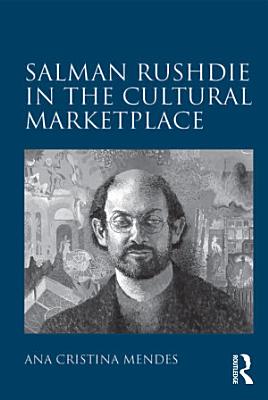 Taking up the roles that Salman Rushdie himself has assumed as a cultural broker, gatekeeper, and mediator in various spheres of public production, Ana Cristina Mendes situates his work in terms of the contemporary production, circulation, and consumption of postcolonial texts within the workings of the cultural industries. Mendes pays particular attention to Rushdie as a public performer across various creative platforms, not only as a novelist and short story writer, but also as a public intellectual, reviewer, and film critic. Mendes argues that how a postcolonial author becomes personally and professionally enmeshed in the dealings of the cultural industries is of particular relevance at a time when the market is strictly regulated by a few multinational corporations. She contends that marginality should not be construed exclusively as a basis for understanding Rushdie’s work, since a critical grounding in marginality will predictably involve a reproduction of the traditional postcolonial binaries of oppressor/oppressed and colonizer/colonized that the writer subverts. Rather, she seeks to expand existing interpretations of Rushdie’s work, itineraries, and frameworks in order to take into account the actual conditions of postcolonial cultural production and circulation within a marketplace that is global in both orientation and effects.

Salman Rushdie in the Cultural Marketplace

Taking up the roles that Salman Rushdie himself has assumed as a cultural broker, gatekeeper, and mediator in various spheres of public production, Ana Cristina

Offers overview of postcolonial intellectuals in Europe from the first half of the nineteenth century to present day.

Fact and Fiction in Contemporary Narratives

This book explores the complex interrelationship between fact and fiction in narratives of the twenty-first century. Current cultural theory observes a cultural

What grows out of the ordinary? This volume focuses on that which has been regarded as ordinary and formulaic in literary and cultural phenomena and contests th

This is the first edited volume on new independent Indian cinema. It aims to be a comprehensive compendium of diverse theoretical, philosophical, epistemologica

This volume of essays investigates, across a wide range of texts and with an emphasis on the notion of conflict, the various forms, objects and modes of circula

This collection brings together new critical approaches to diaspora studies, branching out to areas such as literary studies, visual culture, and museum studies

This book argues that Shakespeare and various cultures of celebrity have enjoyed a ceaselessly adaptive, symbiotic relationship since the final decade of the si

Orhan Pamuk and the Good of World Literature

When Orhan Pamuk won the Nobel Prize for Literature in 2006, he was honored as a builder of bridges across a dangerous chasm. By rendering his Turkish character