Ritual Violence and the Maternal in the British Novel, 1740-1820 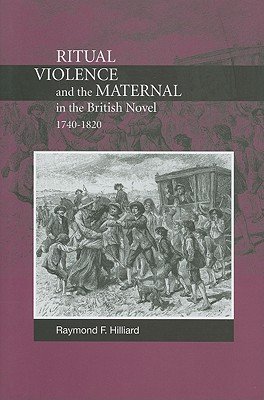 This challenging book brings to light a mythic dimension of seventeen important eighteenth and early nineteenth-century narratives that revolve around the persecution of one or more important female characters, and offers original reading of novels by Richardson, Fielding, Burney, Radcliffe, Godwin, Austen, Scott, and others. The myth in question, which Raymond Hilliard calls "the myth of persecution and reparation," serves as a major vehicle for the early novel's preoccupation with the "mother," a mythic figure distinct from the historical mother or from the mother as she is represented in eighteenth- and early nineteenth-century maternal ideology. Hilliard argues that the myth of persecution and reparation derives from the ropos of female sacrifice in the romance tradition, and shows that this topos is central to several kinds of novels-realist, Gothic, Jacobin, feminist, and historical. Hilliard contends that the narrative of persecution and reparation anticipates the twentieth-century maternal myth associated with the work of Melanie Klein and other "relational model" psychoanalytic theorists, and he thus also examines the psychosexual significance of the "mother." Hilliard explores the relation of psychosexual themes to social representations, and delineates a new theory of plot-both tragic and comic plots- in the early novel.

Ritual Violence and the Maternal in the British Novel, 1740-1820

Embracing the Witch and the Goddess

Embracing the Witch and the Goddess is a detailed survey of present-day feminist witches in New Zealand. It examines the attraction of witchcraft for its practi

Of Death and Birth

Scholars of popular Hindu religion in India have always been fascinated by oral texts and rituals, but surprisingly only few attempts have as yet been made to a

In this book, Tracy Pintchman has assembled ten leading scholars of Hinduism to explore the complex relationship between Hindu women's rituals and their lives b

The unusual format of a series of discussions among a logician, a computer scientist, a philosopher and some researchers from other disciplines encourages the r