Reinventing the Economic History of Industrialisation 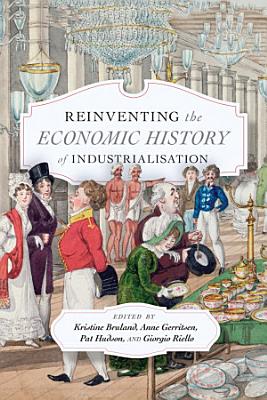 The Industrial Revolution is central to the teaching of economic history. It has also been key to historical research on the commercial expansion of Western Europe, the rise of factories, coal and iron production, the proletarianization of labour, and the birth and worldwide spread of industrial capitalism. However, perspectives on the Industrial Revolution have changed significantly in recent years. The interdisciplinary approach of Reinventing the Economic History of Industrialisation - with contributions on the history of consumption, material culture, and cultural histories of science and technology - offers a more global perspective, arguing for an interpretation of the industrial revolution based on global interactions that made technological innovation and the spread of knowledge possible. Through this new lens, it becomes clear that industrialising processes started earlier and lasted longer than previously understood. Reflecting on the major topics of concern for economic historians over the past generation, Reinventing the Economic History of Industrialisation brings this area of study up to date and points the way forward.

Reinventing the Economic History of Industrialisation

The Industrial Revolution is central to the teaching of economic history. It has also been key to historical research on the commercial expansion of Western Eur

Trends on Construction in the Digital Era

The Routledge Handbook on the History of Development

This bold and ambitious handbook is the first systematic overview of the history of development ideas, themes, and actors in the twentieth century. Taking stock

Before the Un Sustainable Development Goals

"Before the UN Sustainable Development Goals: A Historical Companion enables professionals, scholars and students engaged with the SDGs to develop a richer unde

Profit — getting more out of something than you put into it — is the original genius of homo sapiens, who learned how to unleash the energy stored in wood,

The Cambridge Economic History of Modern Britain provides a readable and comprehensive survey of the economic history of Britain since industrialisation, based

Covering the time span from the Shang to the Qing Periods (1520BC - 1911AD), Gang Deng examines important factors in the decline of the Chinese economy from med

It is nowadays well accepted that both economic growth and development are highly dependent on improving not just the availability of capital, but also access t

In this important new book, the authors explore how production was organized in the context of the economic development of modern Japan. Production organization