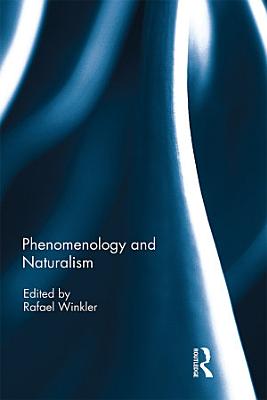 At present, ‘naturalism’ is arguably the dominant trend in both Anglo-American and European philosophy. Owing to the influence of the works of W.V.O. Quine, Wilfred Sellars, and Hillary Putnam, among others, naturalism both as a methodological and ontological position has become one of the mainstays of contemporary analytic approaches to knowledge, mind and ethics. From the early 1990s onward, European philosophy in the English-speaking world has been witnessing a turn from the philosophies of the subjects of phenomenology, hermeneutics and existentialism and a revival of a certain kind of vitalism, whether Bergsonian or Nietzschean, and also of a certain kind of materialism that is close in spirit to Spinoza’s Ethics and to the naturalism and monism of the early Ionian thinkers. This book comprises essays written by experts in both the European and the Anglo-American traditions such as John Sallis, David Papineau, David Cerbone, Dan Zahavi, Paul Patton, Bernhard Weiss, Jack Reynolds and Benedict Smith, who explore the limit of naturalism and the debate between naturalism and phenomenology. This book also considers the relation between Deleuze’s philosophy and naturalism as well as the critique of phenomenology by speculative realism. This book was originally published as a special issue of the International Journal of Philosophical Studies.