An Archaeology of Images 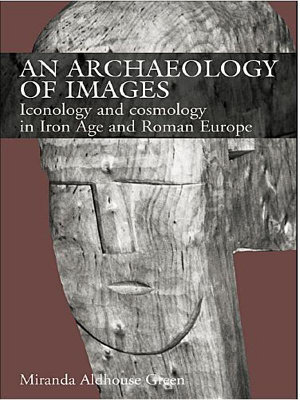 Using archaeology and social anthropology, and more than 100 original line drawings and photographs, An Archaeology of Images takes a fresh look at how ancient images of both people and animals were used in the Iron Age and Roman societies of Europe, 600 BC to AD 400 and investigates the various meanings with which images may have been imbued. The book challenges the usual interpretation of statues, reliefs and figurines as passive things to be looked at or worshipped, and reveals them instead as active artefacts designed to be used, handled and broken. It is made clear that the placing of images in temples or graves may not have been the only episode in their biographies, and a single image may have gone through several existences before its working life was over. Miranda Aldhouse Green examines a wide range of other issues, from gender and identity to foreignness, enmity and captivity, as well as the significance of the materials used to make the images. The result is a comprehensive survey of the multifarious functions and experiences of images in the communities that produced and consumed them. Challenging many previously held assumptions about the meaning and significance of Celtic and Roman art, An Archaeology of Images will be controversial yet essential reading for anyone interested in this area.

An Archaeology of Images

Using archaeology and social anthropology, and more than 100 original line drawings and photographs, An Archaeology of Images takes a fresh look at how ancient

When Roman troops threatened to seize the wealth of the Iceni people, their queen, Boudica, retaliated by inciting a major uprising, allying her tribe with the

Thirteen papers on Roman archaeology from the 10th annual TRAC conference. Contents: Representing the Romans in the Museum of Scotland (David Clarke and Fraser

An exceptionally detailed and comprehensive study of the Celts, drawing together material from all over pagan Celtic Europe, and including contributions from US

Fairy tales are alive with the supernatural - elves, dwarfs, fairies, giants, and trolls, as well as witches with magic wands and sorcerers who cast spells and

Dictionary of Celtic Myth and Legend

The ancient Celts were the greatest and most powerful of the early European peoples residing north of the Alps. Warlike, exuberant, and superstitious, they saw

Celtic Wales is about the beginnings of Wales and how the period from the Iron Age to medieval times helped shape and define the modern nation of Wales. Early W

Animals in Celtic Life and Myth

For the Celts, a rural people whose survival depended greatly upon their environment, the sanctity of natural phenomena and of the elements led to extreme respe