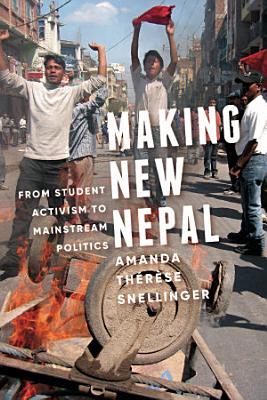 One of the most important political transitions to occur in South Asia in recent decades was the ouster of Nepal�s monarchy in 2006 and the institution of a democratic secular republic in 2008. Based on extensive ethnographic research between 2003 and 2015,�Making New Nepal�provides a snapshot of an activist generation�s political coming-of-age during a decade of civil war and ongoing democratic street protests. Amanda Snellinger illustrates this generation�s entr�e into politics through the stories of five young revolutionary activists as they shift to working within the newly established party system. She explores youth in Nepali national politics as a social mechanism for political reproduction and change, demonstrating the dynamic nature of democracy as a radical ongoing process.

The Theatre of Nepal and the People Who Make It

This book analyses the tumultuous situation in post-republic Nepal, with spot diagnosis of the major issues facing the country such as federal structure, securi

Since emerging in 2006 from a ten-year Maoist insurgency, the 'People's War', Nepal has struggled with the difficult transition from war to peace, from autocrac

The realm of higher education, much like everything else in a global and mobile world, has rapidly altered in the last few decades. More and more universities a

The Rise of Ethnic Politics in Nepal

This book argues that ethnic politics have the potential to strengthen rather than destabilize democracy. It studies one of Nepal’s most significant social mo