Essays on Vedic and Indo-European Culture 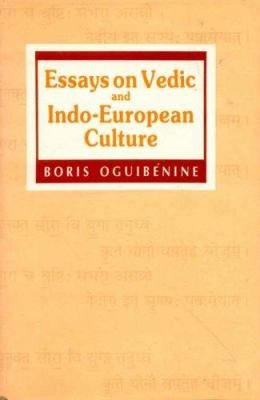 This book is about the cultural and religious patterns as these may be reconstructed on a twofold basis: Vedic poets views as known from the Rgveda and some old Indo-European literary sources examined in a comparative perspective. In its main bulk offers a novel approach to the Vedic theory of sacrifice from the point of view of the Vedic priest as an individual social type whose doing was conditioned by the conflict between the groups practising sacrifice as well as the tension between the patron of the sacrifice and the officiant. It also envisages the integration of the warrior into the sacrificial ritual and suggests a solution to the problem of the daksina (commonly called sacrificial priest`s salary) interpreted as a materialisation of the relation between the priest, the gods invoked and the patrons of sacrifice, the daksina`s function being to denote the value of the poetic word in the prayer.The book tackles also some particular issues in Vedic and Indo-European religions: the typology of the warrior, the `cooking` of the poetic word linked to the double-entendre in Vedic poetry designed as a means to solve the problem of the relative importance of the speech within sacrificial ritual and of the food offerings to the gods; the early origins of the yogic practice in Vedic times related to some Indo-European practices as disclosed in Avestan, Hittite and Latin texts.