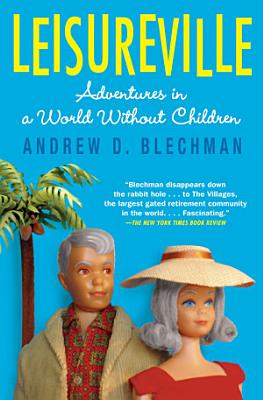 This revealing profile “disappears down the rabbit hole [into] the largest gated retirement community in the world” and what it discovers is “fascinating” (The New York Times). When his next-door neighbors pick up and move from New England to an age-restricted “active adult” development in Florida called The Villages, Andrew D. Blechman is astonished by their stories—and determined to investigate. Sprawling across two zip codes, with a golf course for every day of the month, two downtowns, its own newspaper, radio, and TV station, The Villages is a prefab paradise for retired Baby Boomers, where “not having children around seems to free [them] to act like adolescents” (The New York Times). In the critically acclaimed Leisureville, Blechman delves into this senior utopia, offering a hilarious firsthand report on everything from ersatz nostalgia to the residents’ surprisingly active sex life. Blechman also traces the history of this phenomenon, travelling to Arizona to find out what pioneering developments like Sun City and Youngtown have become after decades of segregation. Blending incisive social commentary and colorful reportage, “Blechman describes this brave new world with determined good humor and considerable bemusement” (Katherine A. Powers, The Boston Globe).