JIGGLES, ROLF, AND THE REMARKABLE FINALE TO FRANK STONE'S CAREER 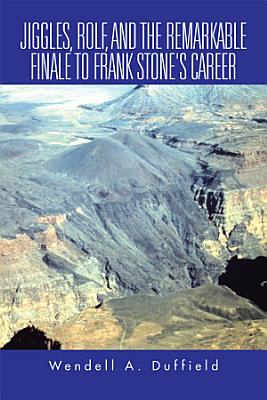 As aging atheist and semi-retired geologist Frank Stone becomes depressed over the possibility that his exciting career of studying volcanoes is rapidly coming to an end, the opportunity to pursue one last project unexpectedly enters his university office. The bearer of this welcome news is Richard Stewart, the university’s seismologist. Stewart is a staunch Mormon, married and with several children. Stone is childless by choice, and is married to a lovely and widely published author of travel adventures. In spite of their fundamentally opposed views of the roles of science versus faith in life’s journey, the two professors join forces to correctly forecast and then monitor an eruption that feeds lava into the Grand Canyon, and thereby dams the Colorado River. Follow this fiery rocky tale as professional collaboration eventually leads to personal bonding. And learn the history of a score of real lava-flow dams that have clogged the Grand Canyon mere moments ago, in geologic time.

JIGGLES, ROLF, AND THE REMARKABLE FINALE TO FRANK STONE'S CAREER

Jiggles, Rolf, and the Remarkable Finale to Frank Stone's Career