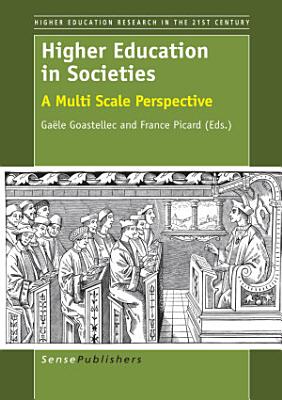 Universities are not only economic engines but societal ones. This book interrogates the embeddedness of Higher Education (HE) systems in national social contracts, and discusses how their renegotiation is at play in the organisation of students’ access to universities. Structured around the central concept of the social contract, the growing recognition of the role of HE in its implementation, and regulations governing both individual and collective access, Higher Education in Societies: A Multiscale Perspective, explores the shifting mission of HE over the years from one thought to produce an elite to one of distributive justice by presenting research at the macro, meso and micro levels. In bringing together researchers from different countries, continents, and disciplines to study the same issue through a multiscale analysis, this book forms the starting line for further theoretical and methodological debate on the value of weaving together different approaches to the study of HE, including historical, comparative, sociological, organisational, institutional, quantitative, and qualitative.