Footprints in the ocean. History of the Catholic Church in Western Oceania 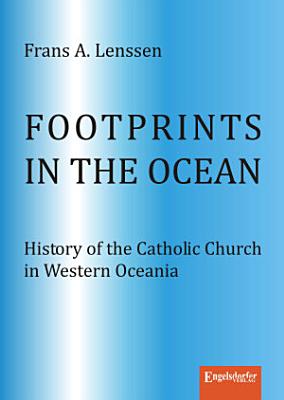 The history of the founding and development of the Catholic Church in the South Pacific is the tale of strongly motivated men and women who went out to spread the Gospel in a region with thousands of islands. In spite of years of planning and preparation the beginnings were extremely difficult. Sailing from Europe to south west Oceania via South America with a stopover in Chile took about a year in the 19th century. Nevertheless the hardships, frustrations and setbacks have not been in vain. The prints of the footsteps of those messengers have resulted in clearly visible and lasting imprints of God's presence in the ocean. Frans Lenssen is a Mariannhill missionary from the Netherlands who came first to Papua New Guinea in 1971 and has been involved in missionary work and teaching. He studied theology at the University of Wuerzburg (Germany) and holds a M.A. (Theol) from the University of Nijmegen (Netherlands) and a licentiate from the Pontifical Biblical Institute in Rome. He recently retired from lecturing at the Catholic Theological Institute of Port Moresby.

Footprints in the ocean. History of the Catholic Church in Western Oceania

Footprints in the Ocean

Provides an overview of contemporary Christianity, including its history, ecclesiastical branches, subdivisions, and denominations, and examines Christianity in