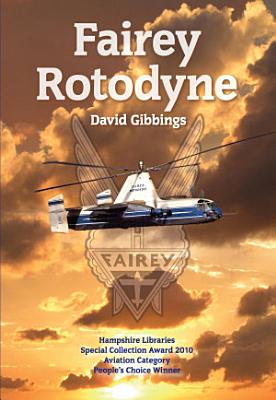 The Fairey Rotodyne was a large British compound helicopter designed and built by the Fairey Aviation Company and intended for commercial and military applications. It was considered to be one of the iconic aviation projects of the 1950s/60s and a bright future was planned for the aircraft. Widely accepted to be a revolutionary design, it was economically viable, fast and capable of vertical take-off and landing from city centre heliports. However, despite the proven feasibility of this bold concept, the Rotodyne project was terminated in 1962 due to escalating development costs and unresolved technical issues. This book seeks to fill a gap in aviation literature on the history of the Rotodyne, an aircraft ahead of its time. Winner of Hampshire Libraries Special Collections Award 2010.

Westland and the British Helicopter Industry, 1945-1960

Great Britain’s aircraft industry started in 1908, with the first formally registered organization in the world to offer to design and build an aeroplane ‘f

The Man Who Built the Swordfish

Sir Richard Fairey was one of the great aviation innovators of the twentieth century. His career as a plane maker stretched from the Edwardian period to the jet

Full of great tales of achievement and ingenuity, Engineers celebrates 80 of the greatest engineers that ever lived and the stamp they have left on the world. L

What Is Backpack Helicopter A backpack helicopter is a motor, rotor, and controls assembly for a helicopter that can be attached to a person's back. This allows

What Is Flying Car A flying car, also known as a roadable aircraft, is a kind of vehicle that is capable of performing the duties of both a standard automobile