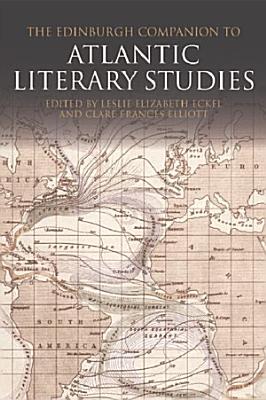 New and original collection of scholarly essays examining the literary complexities of the Atlantic world systemThis Companion offers a critical overview of the diverse and dynamic field of Atlantic literary studies, with contributions by distinguished scholars on a series of topics that define the area. The essays focus on literature and culture from first contact to the present, exploring fruitful Atlantic connections across space and time, across national cultures, and embracing literature, culture and society. This research collection proposes that the analysis of literature and culture does not depend solely upon geographical setting to uncover textual meaning. Instead, it offers Atlantic connections based around migration, race, gender and sexuality, ecologies, and other significant ideological crossovers in the Atlantic World. The result is an exciting new critical map written by leading international researchers of a lively and expanding field. Key FeaturesOffers an introduction to the growing field of Atlantic literary studies by showcasing current work engaged in debate around historical, cultural and literary issues in the Atlantic WorldIncludes 26 newly-commissioned scholarly essays by leading experts in Atlantic literary studiesFuses breadth of historical knowledge with depth of literary scholarshipConsiders the full range of intercultural encounters around and across the Atlantic Ocean