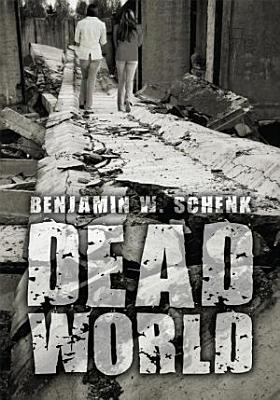 In the near future, a nuclear holocaust erupts, destroying 75% of the known world. Ward Sands thought it would happen and was prepared. He, his family, and friends get inside some bomb shelters built by him and a friend. The story is about the life inside of the bomb shelters and what they awaken to. After weeks inside of the bomb shelter, they fall into a suspended state. What they awaken to, on the outside world, is a completely different world of both wonder and danger! The story follows this man, his family, and their friends as they fight for survival against innumerable odds!

In the near future, a nuclear holocaust erupts, destroying 75% of the known world. Ward Sands thought it would happen and was prepared. He, his family, and frie

How Shelter Pets are Brokered for Experimentation

Pound seizure or pound release involves a shelter selling or giving away cats and dogs to research facilities, universities, or Class B Dealers (random source a

As Dead As Me

As Dead As Me is a first person account of the zombie apocalypse from its beginning to its end. The dead are rising. As America falls, Jack and several other su

It Isn’t Cheating if He’s Dead

Jemima Stone has waited four long years for Gerald, her missing fiancé, to come home. When he is found dead halfway across the country, the news is devastating

"In the design and construction of new buildings of the Shore Establishment, the Bureau of Yards and Docks currently plans for the inclusion of features which w

During 1942 and 1943 the striking power of RAF Bomber Command was transformed by the arrival of heavy bombers, advanced navigation and blind bombing systems, an

Shelter Medicine for Veterinarians and Staff

Shelter Medicine for Veterinarians and Staff, Second Edition is the premier reference on shelter medicine. Divided into sections on management, species-specific

Since the publication of the first edition of Infectious Disease Management in Animal Shelters in 2009, research and practice in the field of shelter medicine h

The Ultimate Guide to Survival Shelters