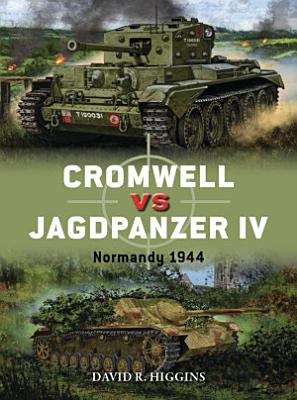 By 1944, the evolution of armoured doctrine had produced very different outcomes in Britain and Germany. Offering a good balance of speed, protection and firepower, the British Cromwell tank was much faster than its German opponent, but the Jagdpanzer IV tank destroyer had a high-velocity main gun and a lower profile that made it formidable on the defensive, especially in ambush situations. The two types would fight in a series of bloody encounters, from the initial days of the struggle for Normandy through to its climax as the Allies sought to trap their opponents in the Falaise Pocket. Using archive photographs, specially commissioned artwork and battle reports, this fascinating study expertly assesses the realities of tactical armoured combat during the desperate battles after D-Day.