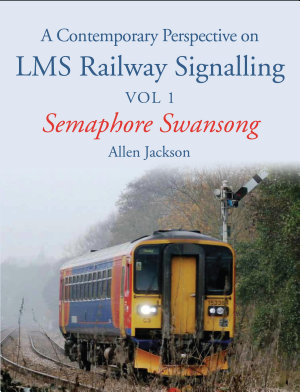 For over 150 years Britain's railways have relied on a system of semaphore signalling, but by 2020, all semaphore signals and lineside signal boxes will be gone. In his previous book, author Allen Jackson covered the GWR lines; here, he continues his journey by providing a pictorial record of the last operational signalling and infrastructure on Britain's railway network, as it applied to the former London, Midland and Scottish Railway (and lines owned jointly with other companies). This first volume covers the routes of the following companies: Midland Railway; Lancashire and Yorkshire Railway; Furness Railway; Glasgow and South Western Railway, and North Staffordshire Railway. Beautifully illustrated with over 400 contemporary images and with detailed information from a 2003-2014 survey, this is an essential resource for anyone with an interest in the traditional signalling systems of railways in Britain.

Modern Railway Administration: pt. 1 The organization of the docks and marine department, by J.R. Bailey. pt. 2 The economics of dock administration, by J. Macaulay. pt. 3 The economics of passenger traffic, by Sir F.J.C. Pole and J. Milne. pt. 4 The manipulation of passenger traffic, by D.W. Barrie. pt. 5 Labour organization on British railways, by the Rt. Hon. J.H. Thomas. pt. 6 The administrative reorganization of the railways following the war, by Sir F.J.C. Pole. pt. 7 The law relating to railways, by A. Gaunt

The name R C ‘Dick’ Riley will be familiar to several generations of railway enthusiasts. Starting in 1937, Dick Riley captured over 18,000 black and while