Competition for the Mobile Internet 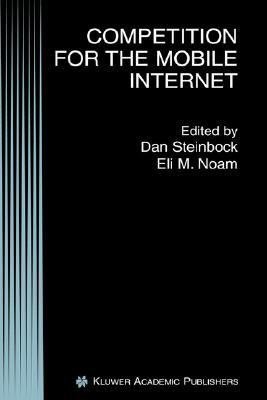 In recent years, billions of dollars (and euros, yen, and other currencies) have been spent by wireless services providers to acquire the radio frequency spectrum needed to offer so-called "Third Generation" (3G) mobile services. These services include high-speed data, mobile Internet access and entertainment such as games, music and video programs. Indeed, as voice communications are substituted by data communications, software -rather than terminals or networks- has become the driver of the wireless industry. Meanwhile, services are becoming increasingly specialized. Why has the road to multimedia cellular been so difficult? These benefits of the mobile Internet have come with the costs of a massive transition that has coincided with the bust of stock markets and the technology segments worldwide, controversial and costly license auctions in several lead markets, dated or mistaken regulatory policies, the clash between the early hype and the pioneering realities of the mobile Internet. But these are generalities that barely scratch the surface. The devil is in the details. And it is these details that Competition for the Mobile Internet addresses.

Competition for the Mobile Internet

In recent years, billions of dollars (and euros, yen, and other currencies) have been spent by wireless services providers to acquire the radio frequency spectr

Senegal, like all African countries, needs better and more jobs for its growing population. The main message of Digital Senegal for Inclusive Growth is that bro

After broadband access, what next? What role do metrics play in understanding “information societies”? And, more important, in shaping their policies? Beyon

Broadband Networks in the Middle East and North Africa

The Little Data Book on Information and Communication Technology 2014

The Little Data Book on Information and Communication Technology 2013

2006 Information and Communications for Development

"""The report is essential reading for policy makers, government workers, and academics pursuing the goal of equitable, sustainable development across the world

Regulation and the Evolution of the Global Telecommunications Industry

After decades of liberalization of the telecommunications industry around the world and technological convergence that allows for increasing competition, sector