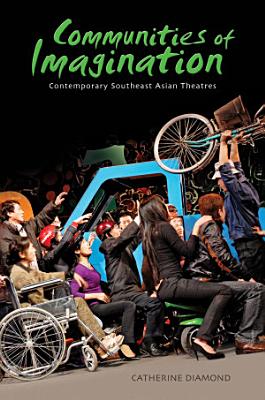 Asian theatre is usually studied from the perspective of the major traditions of China, Japan, India, and Indonesia. Now, in this wide-ranging look at the contemporary theatre scene in Southeast Asia, Catherine Diamond shows that performance in some of the lesser known theatre traditions offers a vivid and fascinating picture of the rapidly changing societies in the region. Diamond examines how traditional, modern, and contemporary dramatic works, with their interconnected styles, stories, and ideas, are being presented for local audiences. She not only places performances in their historical and cultural contexts but also connects them to the social, political, linguistic, and religious movements of the last two decades. Each chapter addresses theatre in a different country and highlights performances exhibiting the unique conditions and concerns of a particular place and time. Most performances revolve in some manner around “contemporary modernity,” questioning what it means—for good or ill—to be a part of the globalized world. Chapters are grouped by three general and overlapping themes. The first, which includes Thailand, Vietnam, and Bali, is characterized by the increased participation of women in the performing arts—not only as performers but also as playwrights and directors. Cambodia, Singapore, and Myanmar are linked by a shared concern with the effects of censorship on theatre production. A third group, the Philippines, Laos, and Malaysia, is distinguished by a focus on nationalism: theatres are either contributing to official versions of historical and political events or creating alternative narratives that challenge those interpretations. Communities of Imagination shows the many influences of the past and how the past continues to affect cultural perceptions. It addresses major trends, suggesting why they have developed and why they are popular with the public. It also underscores how theatre continues to attract new practitioners and reflect the changing aspirations and anxieties of societies in immediate and provocative ways even as it is being marginalized by television, film, and the internet. The book will be of interest to students and scholars of theatre and performance, Asian literature, Southeast Asian studies, cultural studies, and gender studies. Travelers wishing to attend local performances as part of their experience abroad will find it an essential reference to theatres of the region.

Asian theatre is usually studied from the perspective of the major traditions of China, Japan, India, and Indonesia. Now, in this wide-ranging look at the conte

Exploring the role of imagination in trauma recovery, the author shares the arresting dreams and stories of traumatized adolescents. Describing the impact of tr

Innovative history of the popular magical imagination and ordinary people's experience of urbanization in nineteenth-century England.

Maxine Greene and the Pedagogy of Social Imagination

Devoted to and inspired by the late Maxine Greene, a champion of education and advocator of the arts, this book recognizes the importance of Greene’s scholars

The Religious Imagination of American Women

"This book is a nuanced discussion of contemporary feminist thought in a variety of religious traditions. It draws from both academic and popular writings and o

Crises of Imagination, Crises of Power

Today, when it seems like everything has been privatized, when austerity is too often seen as an economic or political problem that can be solved through better

Popular Culture and the Civic Imagination

Imagination in Human and Cultural Development

This book positions imagination as a central concept which increases the understanding of daily life, personal life choices, and the way in which culture and so

The Humanities and the Civic Imagination

For those who believe that the humanities in America are in trouble, suffering from over-specialization and never-ending intramural conflicts, this collection o