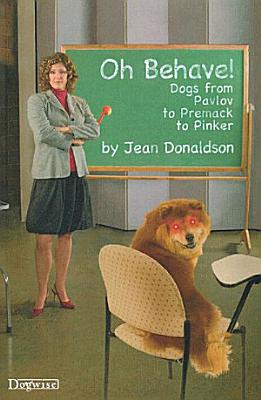 Jean Donaldson brings her considerable wisdom - and wit - to a wide variety of topics of interest to dog trainers and enthusiasts in the latest book from Dogwise Publishing. In 55 essays, Jean tackles issues ranging from the nature vs nurture debate, to the role of dominance in domestic dogs, to what are the most effective ways to train dogs. You will note a number of themes that flow throughout the book. Jean is a firm believer in conducting scientific research (verifiable results) rather than forming opinions based on gut feel or taking an anthropomorphic view of dog behavior. She also admits that we are flying blind on many issues because of a lack of research and tells the reader when that is the case. She looks at problem behaviors (problem for humans at least) from the perspective that a dog's genes and environment both impact behavior, and our ability to modify such behaviors is sometimes muddled since we don't always understand how genetics and environment interact. And finally, just what is a Dog Mom (or Dad) and how did that phenomenon develop and what is its genetic usefulness, if any, to both dogs and people?! Along with her other best selling books, Oh Behave is destined to be a classic in the literature on dog behavior.