Automobility and the City in Twentieth-Century Britain and Japan 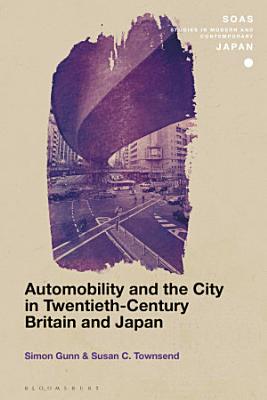 Automobility and the City in Twentieth-Century Britain and Japan is the first book to consider how mass motorization reshaped cities in Japan and Britain during the 20th century. Taking two leading 'motor cities', Nagoya and Birmingham, as their principal subjects, Simon Gunn and Susan C. Townsend show how cars changed the spatial form and individual experience of the modern city and reveal the similarities and differences between Japan and Britain in adapting to the 'motor age'. The book has three main themes: the place of automobility in post-war urban reconstruction; the emerging conflict between the promise of mobility and personal freedom offered by the car and its consequences for the urban environment (the M/E dilemma); and the extent to which the Anglo-Japanese comparison can throw light on fundamental differences in cultural understanding of the environment, urbanism and the self. The result is the first comparative history of mass automobility and its environmental consequences between East and West.

Automobility and the City in Twentieth-Century Britain and Japan

The Ecology of the Automobile

Examines the central role that auto production and consumption have played in the twentieth century: as a technological system with major impacts on public poli

Looks at the evolution and impact of the automobile in Southern States during the first part of the twentieth-century.

The Illustrated Guide to the 20th Century