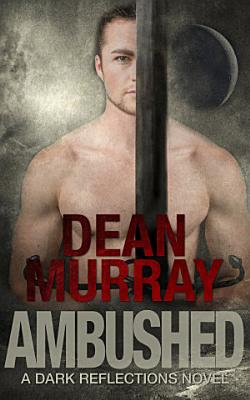 Adriana Paige has survived not one but two vampire attacks in less than twenty-four hours, and unless she's able to master her ability to share other people's dreams, the attacks are only going to get worse. Taggart has promised to train Adri, but he's got even more enemies than she does and there's no guarantee that he'll be able to keep her from being caught in the crossfire. More than anything else, Adri wants to talk to shape shifter Alec Graves, but he's gone strangely silent. There's no way for Adri to know if that's because he's no longer interested in her, or if it's simply because he's still on the run from his ruthless father, Kaleb. As enemies both new and old start closing in on Adri, she's starting to worry that she might be forced into choosing between Taggart, the man who saved her life, and Alec, the guy to whom she feels inexplicably connected. Publisher's Note: Dean Murray's ongoing Reflection Series has been a stunning success with hundreds of thousands of copies in circulation, and a rich, complex world where choices—right or wrong—have real, profound consequences. Unsatisfied with the restrictions imposed on him by writing inside of the conventional series structure, Dean has returned to Sanctuary and the characters so many fans have fallen in love with. Ambushed is the third of Dean's new Dark Reflections novels, an alternate timeline set in the same world and featuring many of the same characters, but with a profoundly different backstory. Dean finally answers many of the questions that his most dedicated readers have been asking themselves for years. What would have happened if Alec's father hadn't been murdered by the Coun'hij, how would Adri's life have changed if her family hadn't been shattered in a horrific accident? The answers may surprise you, but one thing is for sure; you'll see new sides of familiar faces and when all is said and done, you'll never be able to look at some of them the same. Readers new to Dean Murray's writing can start with Bound in the Dark Reflections Series or Broken in the Reflections Series.

Adriana Paige has survived not one but two vampire attacks in less than twenty-four hours, and unless she's able to master her ability to share other people's d

In a world of shape shifters and vampires, secrets can kill faster than claws and love forces you to make difficult choices. Adri Paige achieved everything she

Becoming immortal and mastering god-like powers hasn't been easy for Selene. Enemies shadow her every move, and using her powers continues to rip away memories

Adri Paige still feels like she and Alec Graves are meant to be together, but that requires she get past what happened in Minnesota. Alec's actions cost her the

Bound: A YA Urban Fantasy Novel (Volume 1 of the Dark Reflections Books)

A white-knuckled thrill ride that will keep your eyes glued to the page. Blood: For shape shifter Alec Graves, nothing is more important than family. Duty: Life

Hunted: A YA Urban Fantasy Novel (Volume 2 of the Dark Reflections Books)

The Perfect Weapon: Adri Paige can visit people inside of their dreams, where they are defenseless. The Ultimate Spy: Adri's power lets her ferret out anyone's

Shattered: A YA Urban Fantasy Novel (Volume 4 of the Dark Reflections Books)

A hidden world full of danger and love. A powerful dream walker, Adriana Paige spends her time reaching into other people's dreams and ferreting out terrible se

I felt like I'd lost everything. My home, my girlfriend, my friends, they were all washed away by a group of shape shifter thugs who were determined to keep the

Jillian struggles to fill the shoes--and identity-- of her identical twin sister amid the strict rules and routines of the Arizona Harvey House. When the local