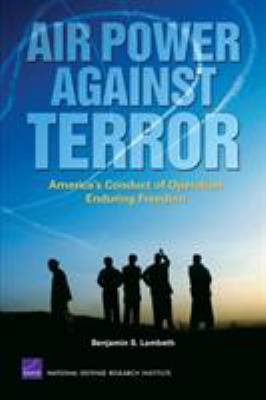 The terrorist attacks of 9/11 plunged the United States into a determined counteroffensive against Osama bin Laden and his al Qaeda terrorist network. This report details the initial U.S. military response to those attacks, namely, the destruction of al Qaeda's terrorist infrastructure and the removal of the ruling Taliban regime in Afghanistan. The author emphasizes several distinctive achievements in this war, including the use of precision air-delivered weapons that were effective irrespective of weather, the first combat use of Predator unmanned aerial vehicles armed with Hellfire missiles, and the integrated employment of high-altitude drones and other air- and space-based sensors that gave CENTCOM unprecedented round-the-clock awareness of enemy activity.