The Bullet and the Ballot Box 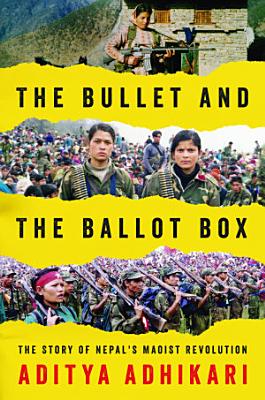 Twenty-first-century revolution in one of the remotest places in the world. In 1996, when Nepal’s Maoists launched their armed rebellion, their ideology was widely considered obsolete and they had limited public support. By 2008 they had gained access to state power and their ambitious plan of social transformation dominated the national agenda. How did this become possible? The Bullet and the Ballot Box offers a rich and sweeping account of a decade of revolutionary upheaval. Adhikari draws on a broad range of sources, including novels, letters and diaries, to illuminate both the history and human drama of the Maoist rebellion. An indispensible guide to Nepal’s recent history, the book also offers a fascinating case study of how communist ideology has been reinterpreted and translated into political action in the twenty-first century.

The Bullet and the Ballot Box

Twenty-first-century revolution in one of the remotest places in the world. In 1996, when Nepal’s Maoists launched their armed rebellion, their ideology was w

During the June 2020 territorial dispute over Kalapani, India blamed tensions on a newly assertive Nepal's deepening relations with China. But beyond the accusa

‘A landmark work giving a global panorama of Mao's ideology filled with historic events and enlivened by striking characters’ Jonathan Fenby, author of The

Nepal's democracy struggle has been continuing for more than six decades. Since it could not sustain a stable democratic framework even after several attempts i

From Dissent to Democracy

Peaceful protest is a strong driver for democratization across the globe. Yet, it doesn't always lead to democratic transition, as seen in the Arab Spring revol

One of the greatest cities of the Himalaya, Kathmandu, Nepal, is a unique blend of thousand-year-old cultural practices and accelerated urban development. In th

This book presents case studies of South Asian companies that have strategic business implications, highlighting the complex interplay of business and social dy

Battles of the New Republic

This lively account of Nepal's recent history conveys the complexities of life in its better-known Himalayan regions as well as in the Terai, or foothills.