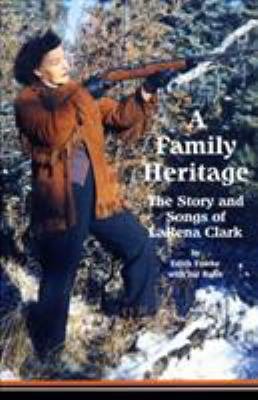 New folk music and folk-song materials in this comprehensive study are particularly important for singers, folk music enthusiasts, ethnomusicologists, comparative and cultural studies scholars, and those interested in Canadian culture. LaRena Clark was a great singer and knew many fine songs. Her wide repertoire covers almost the complete range of types and topics of traditional Anglo-Canadian songs. Comparison with other collections in Canada, the United States, the British Isles, and Australia indicate just how unique and far-reaching it was. Clark's background and her varied ancestry shaped her repertoire. The account of her parents' activities gives a vivid picture of folk life in rural Ontario during the early years of this century. She knew some Canadian songs previously unreported, and she wrote songs with a strong Canadian flavour. Musically, Clark's songs are a microcosm of practices characteristic of British folk music throughout the English-speaking world. Particularly noteworthy is her constant reworking of traditional materials, procedures, forms, and individual tunes.